From Oyster seed to Harvest

The Provison of Seed 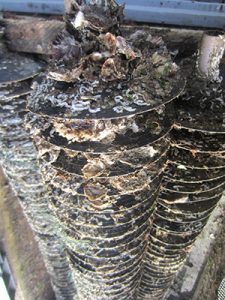 The production strategy of Foylemore Oysters involves the use of innovative techniques and best aquaculture practices.

In 2012 larvae remote setting techniques were implemented to product oyster triploid and diploid seed. The main goal was to produce good quality seed naturally grown in the Foyle with a view to lowering the final production costs of quality oysters.

The trials were successful and the results encouraging. However, the technique was too time consuming and, with the build up of the annual production over 100 tonnes it became difficult to deal with merging deadlines. Nevertheless, the technique remains a goiod option for the future.

The use of hatchery oyster seed also became a more cost effective technique.

Oysters are farmed in plastic mesh bags placed on iron trestles located on the intertidal zone of the shore.

Oyster bag mesh size and oyster density will be adapted according to the development of the oysters.

1,000 seed oysters are placed in 4mm bags. Oyster seeds are fragile as they have a very thin shell and have not yet been exposed to outdoor conditions. Special care is required to prevent mortality.

The Origin of Seed

Foylemore Oysters work exclusively with sterile seed from French hatcheries. Seed from various regions were tested on the site and the best results were found with France Naissain and France Turbot hatcheries.

Grade 6mm seed are purchased from the hatcheries in the autumn and spring. 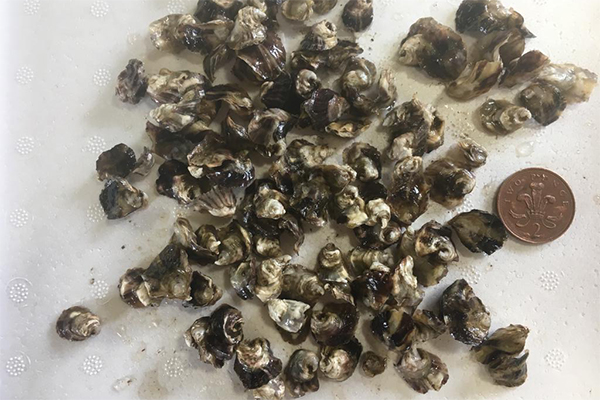 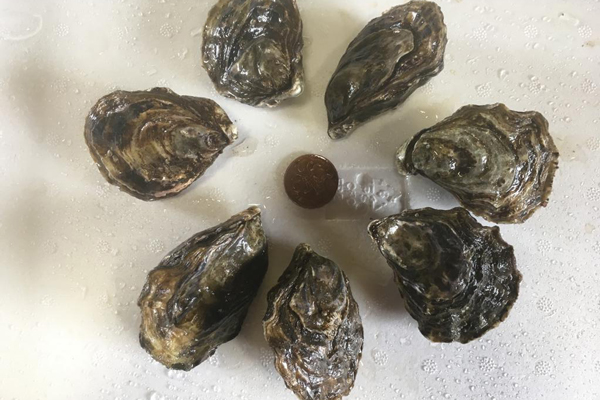 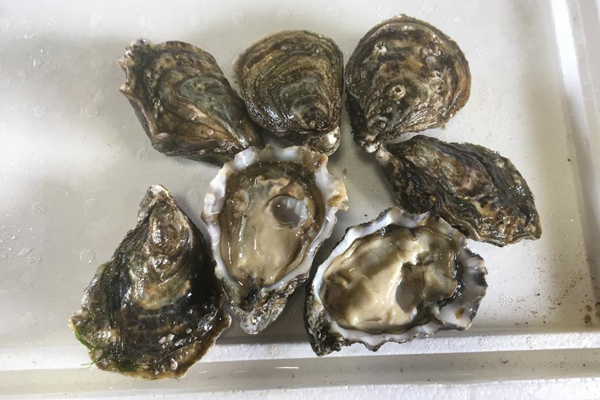